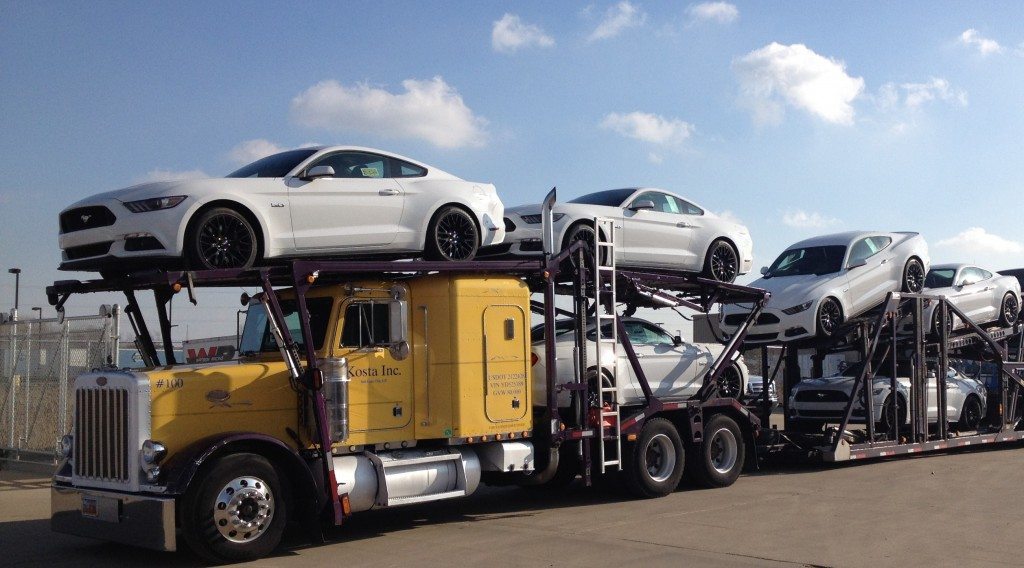 If you aren’t familiar with the Ford Racing School at Miller Motorsports Park in Tooele, Utah, you are really missing out. It is driving school run by the Miller in conjunction with Ford Racing that allows owners of Focus STs, Mustangs, and Raptors the opportunity to learn how to make the most of their vehicles by training in a controlled environment with the help of professional instructors.

Don’t be fooled by the Boss 302 wheels. Those were just on loan to this car. The Miller Motorsports Park Ford Racing School Mustangs start out as 2015 Mustang GTs with the Performance Pack option. This is one of the cars awaiting its graduation from street car to school car.

While the school employs production vehicles as school cars, these vehicles often need a few safety and performance enhancements to make them suitable for the rigors of daily instruction in a high-performance environment. In the case, of the Mustangs, the school got its start with S197 Mustangs and eventually added in Boss 302s for the short-run of Boss Track Attack schools.

With the advent of the 2015 Mustang, it was time to upgrade the fleet. As such, the school stepped up its Boss 302s for the advanced school, and replaced its early S197s with a new fleet of 2015 Mustang GTs equipped with the Performance Pack option. While these are capable vehicles, they really needed roll cages to ensure the safety of the students.

Of course, with many of the students being new to the arts of high-performance driving, the school wanted a unique cage that would bolster the car, but not make the students feel clausterphobic. To make this happen, the school turned to the experts at Watson Racing.

“Watson has been involved with Miller since the beginning starting with the FR500S Mustang Challenge cars back in 2007,” John Phillips, Business Development Manager at Watson Racing, said. “We’ve kept up a good working relationship with them over the years, we were the natural choice to take on this project.”

You might be familiar with Watson for its involvement with Cobra Jets and Boss 302R race cars. The company is truly a multifaceted performance outfit that is making a big push into the performance aftermarket, as evidenced by its striking 2015 Mustang project that debuted at last year’s SEMA Show.

“The biggest challenge with the 2015 S550 Miller school cars was that they wanted the cage to be tucked away as much as possible so the new drivers would feel like they were in a street car, not a caged racecar,” John explained. “Tucking the A pillar and header bar up where it is almost touching the roof structure posed challenges when we went to reinstall all the interior trim.”

Clearly the Ford Racing School turned to the right company to perform these conversions. Watson is quite familiar with the Mustang platform, and can add what it has learned along the way.

“Every new platform requires different areas of attention when it comes to safety and where to tie the cage structure into the car,” John added. “As we did with the S197 Mustangs years ago, we spent significant time studying the S550 to ensure our cage design and structure is optimal for safety, functionality and usability.”

We happened to be in town while these conversions were taking place, so we dropped by the Watson Racing facilities to document the work that goes into these school cars. At some point, we hope to get behind the wheel of one and see how it works out there on the track. For now, however, let’s see how a Ford Racing School Mustang is born.