2015 FORD MUSTANG DEBUT – YOU WON’T MISS YOUR INHIBITIONS ONE BIT. 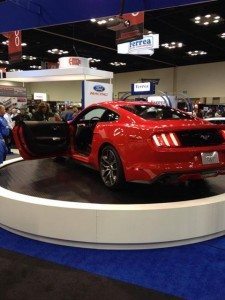 Its look says entirely new, but its soul is entirely Mustang.

Taking inspiration from a cockpit, we struck a balance between analog dials and digital feedback. The shifter is optimally placed. And the steering wheel feels just right in your hands, for a dynamic driving experience.

This is not technology for technology’s sake. Every feature Mustang offers enhances your driving experience – whether it’s the advanced sensors that detect cars in your blind spots or the advanced communications system.

SOMETHING THE WORLD CAN AGREE ON.

There’s a 3.7-liter V6. And the available 5.0-liter V8 will benefit from increased power this year. But the real news is how we’ve paired Mustang performance with the EcoBoost® engine.